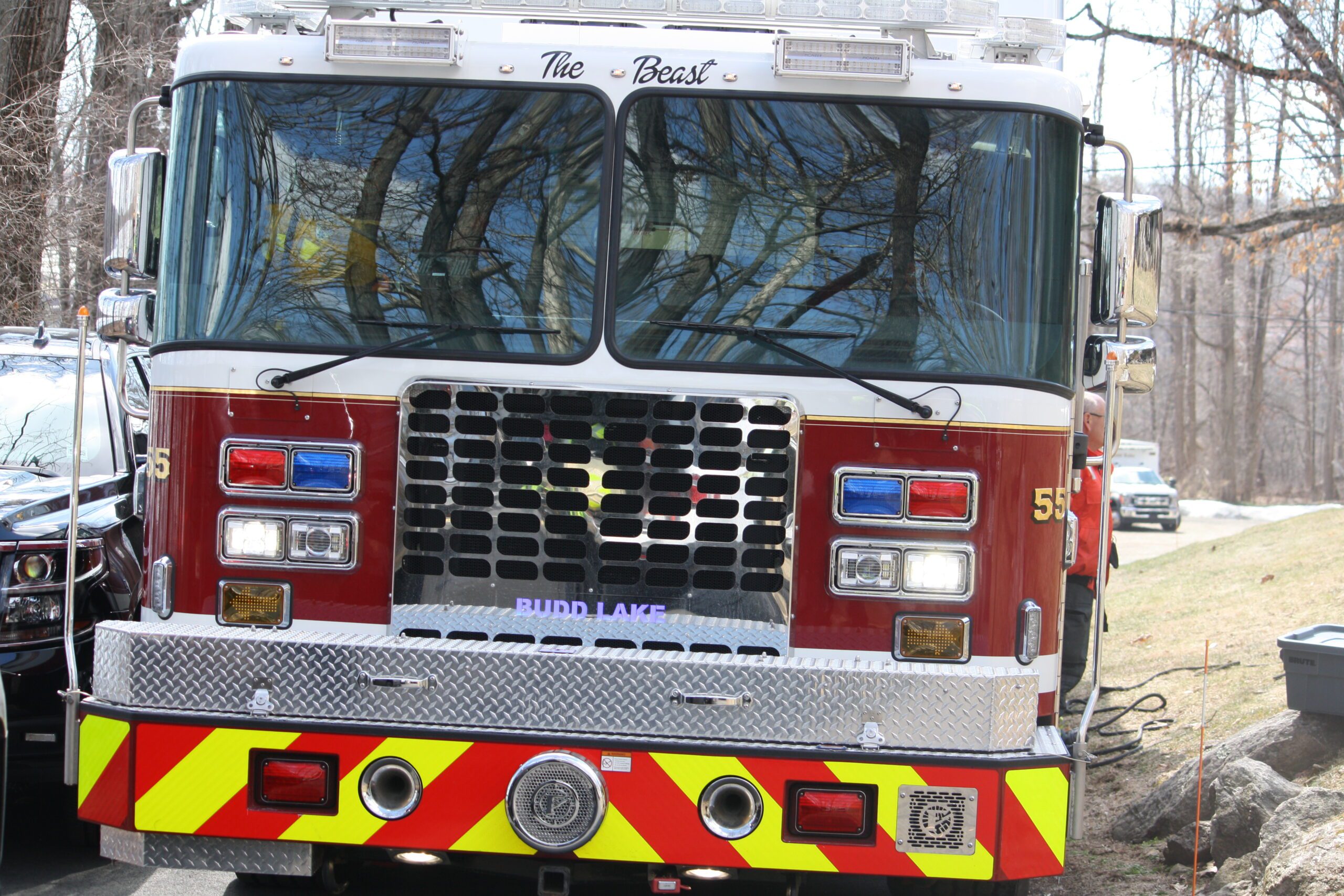 Just as the ice was getting thin on Budd Lake with warming temperatures people were hanging on to the last bit of ice fishing when late Saturday night police received a call of a missing male that was reported to be ice fishing. Car 50 and Rescue 55 along with the rescue squad assisted the police with lights and searching the shoreline. By 3 am Sunday the search was called of and the New Jersey State Police were called back out around 8 am along with Rescue 55, Car 50, 51 and the Rescue Squad. Sadly 2 hours later the man’s body was recovered. The crew from the rescue also assisted the State Police divers with deconning their equipment.