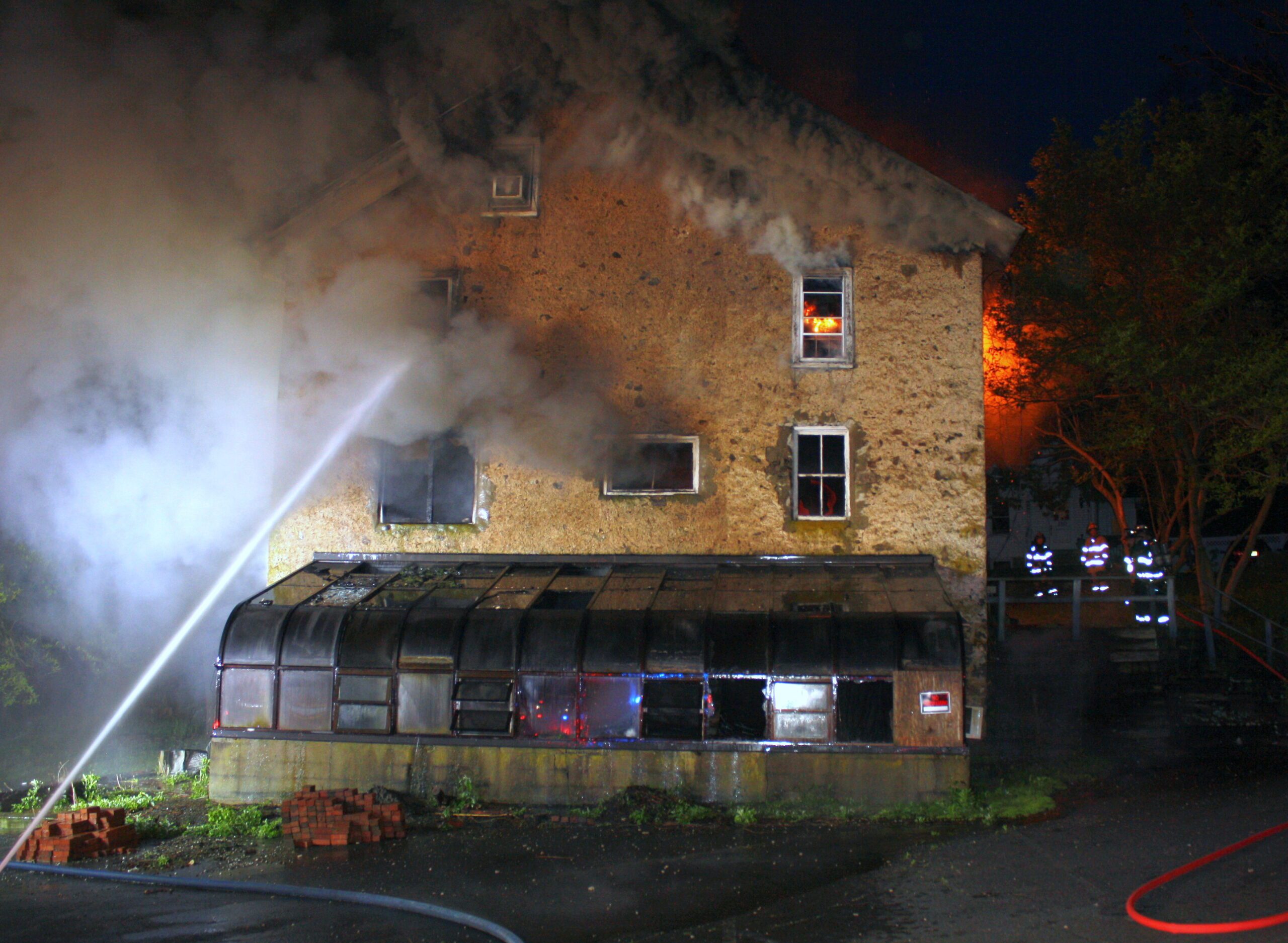 Firefighters were called to Route 206 and Flanders Netcong Rd. in the Flanders section of Mount Olive for a smoke condition called in by Mount Olive Police. Flanders Fire department was the first to be called and within minutes the Budd Lake Fire department was also called, first arriving Assistant Chief 91 and then the Chief Car 90 called for a second alarm and had fire showing from the first floor. Flanders Engine 95 arrived and stretched a two and a half line to the side door but the floor was giving way and the call was made to go to a defensive attack. Budd Lakes Engine 59 and Ladder 58 arrived and assisted with hitting a hydrant on Rt. 206 and the ladder set up in front on 206. The Flanders Tower Ladder 96 took the rear on Flanders Netcong Rd. and worked the back side and roof. Mutual Aid starting arriving and assisting with several hand lines. There were 4 lines and 2 ladders working the fire and the fire was placed under control 3 hours later. A Tender task force was called to assist with a water supply on the back side of the building. There was one firefighter injury, he was transported and released. The fire is under investigation by the Mount Olive Police, Fire Marshal’s Office and the Morris County Prosecutors Office. Chester, Netcong, Roxbury, Schooleys Mountain, Allamuchy and Randolph fire also assisted.