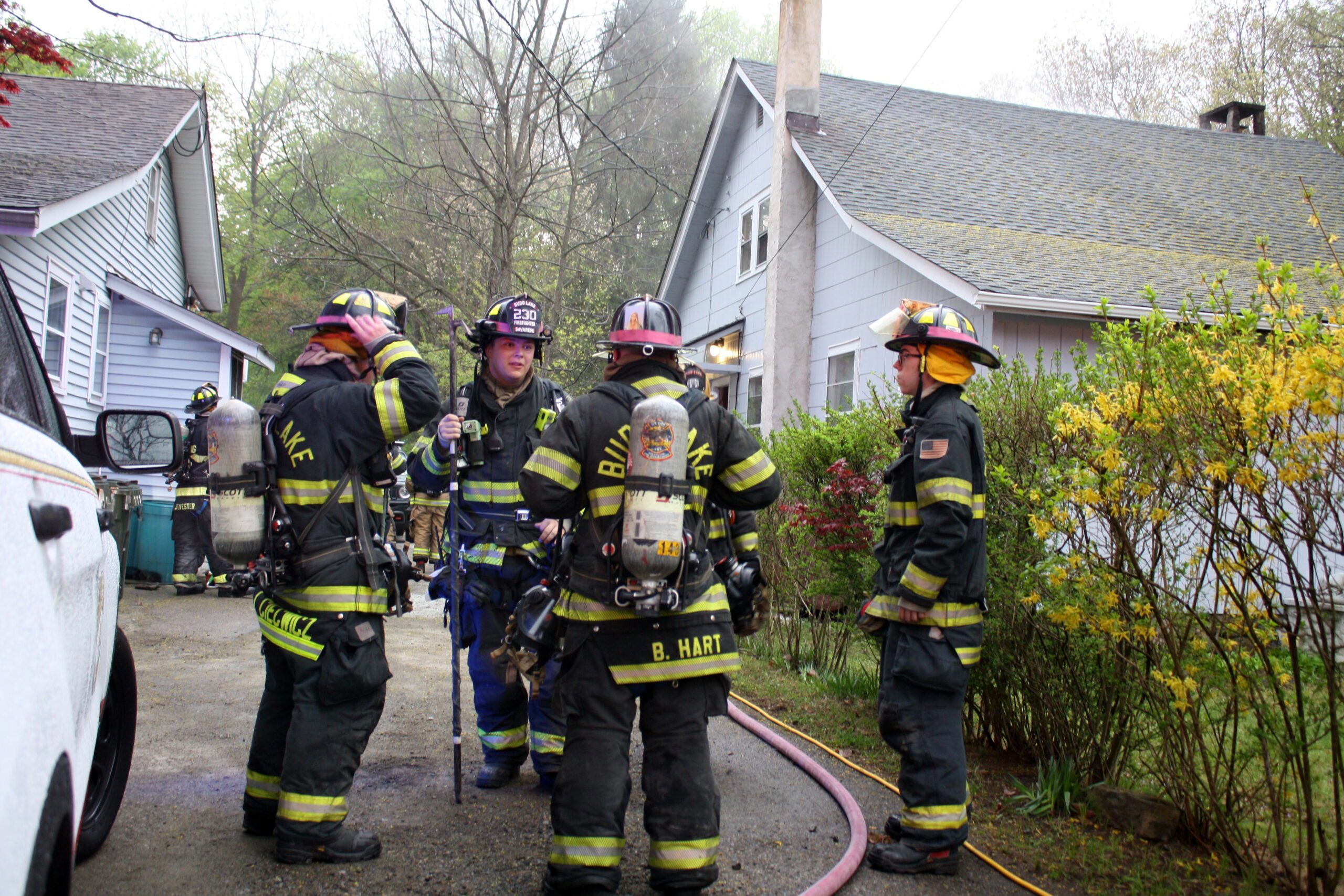 Recently Firefighters were called to Netcong Rd. for a report of smoke coming from the second floor of a home. Car 51 arrived and reported smoke from the second floor with a report of someone trapped. Car 52 arrived and using a self-contained breathing apparatus search the second floor, removed a victim, and called for EMS who transported the person to an area hospital where sadly that person perished after a few hours. Engine 53 stretched a line to the second floor and extinguished the fire as mutual aid started arriving. The fire was placed under control within a half hour but units remained on scene for 2 hours. The fire is under investigation by the Mount Olive Police, Fire Marshal’s Office and the Morris County Prosecutor’s Office.