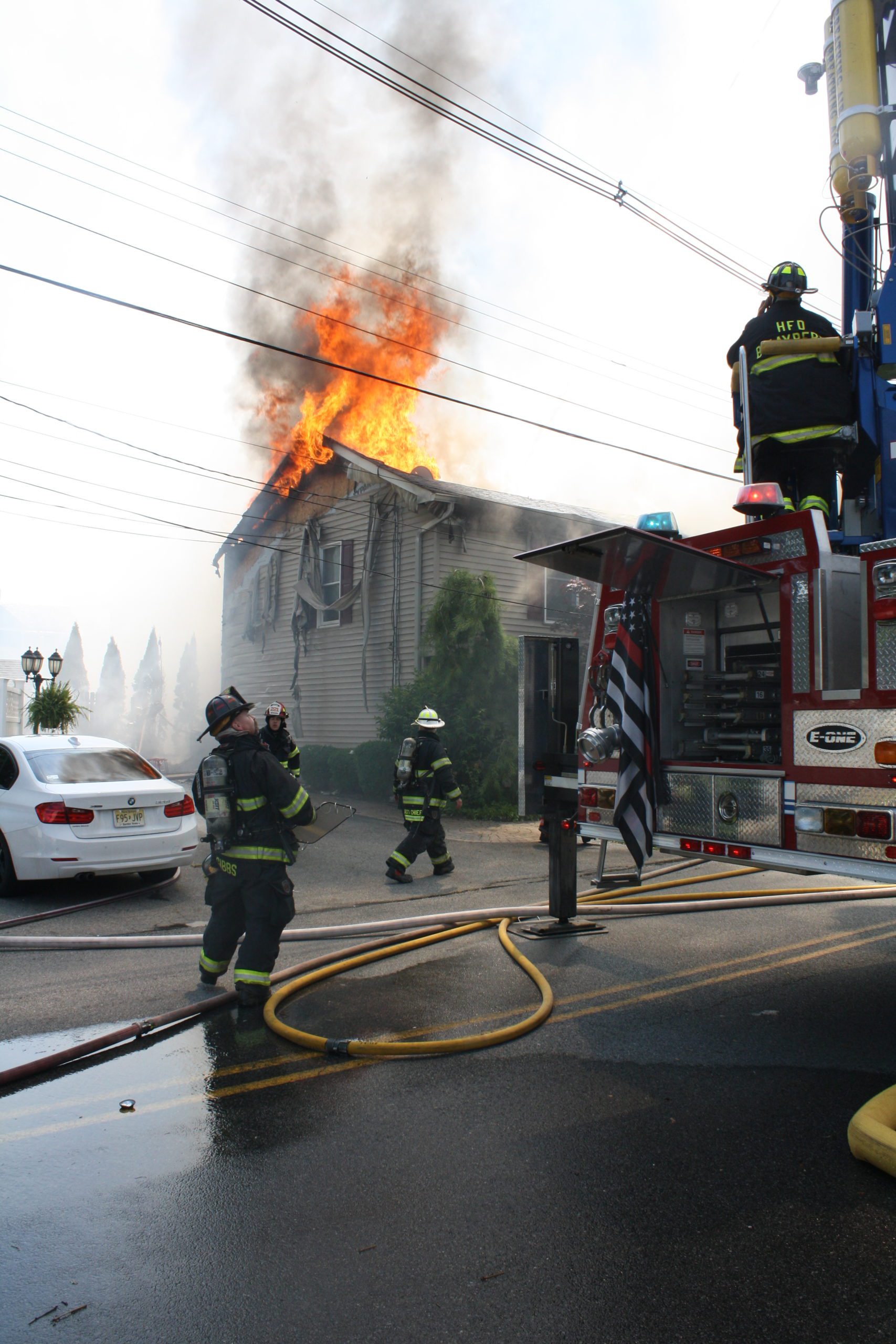 Thursday afternoon on July 9th calls came in to the Warren County 911 center for a house fire on Miller Street in Hackettstown, just down the street from the fire house. Chief 78-60 arrived and reported a fire in the basement and requested a first alarm assignment as the first due engine arrived and laid a line from the front of the fire house and started an interior attack but the fire advanced quickly and firefighters had to back out. Mutual Aid started coming in and a supply line was laid across the railway on high street to Budd Lake’s Ladder and along with Hackettstown’s Ladder and some master streams were put in place then Allamuchy’s Ladder also joined the aerial assault. The fire was put under control within 2 hours, other mutual aid companies were called in to relive manpower due to hot and humid tempters in the 90’s rehab was provided by the Hackettstown Rescue Squad. There were no injuries and the Mount Olive Fire Marshal’s Office, Warren County Fire Marshal’s Office and Hackettstown Police are investigating the fire.