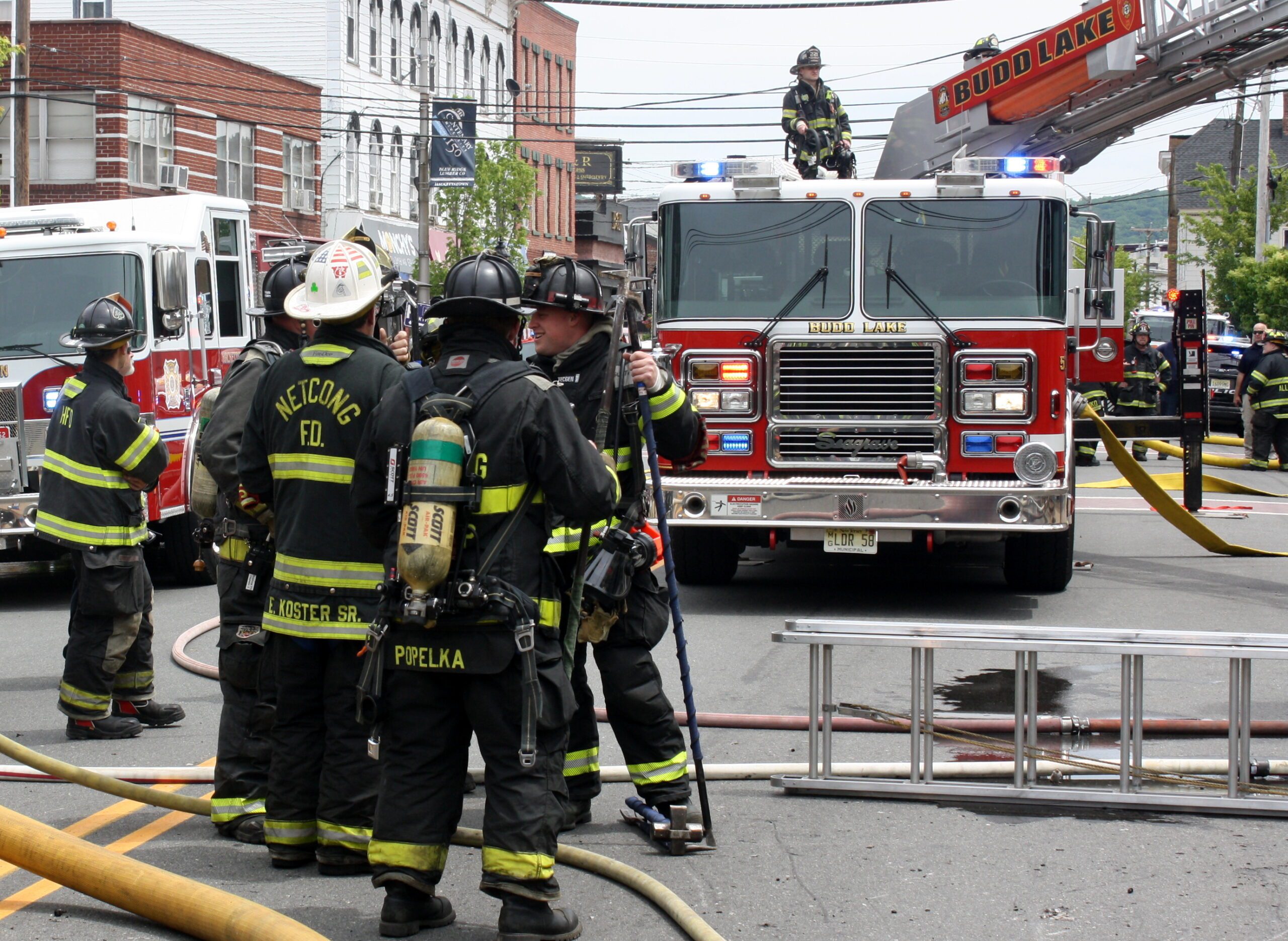 Ladder 58, Car 51 and 52 responded, the ladder set up in front of the building and assisted with overhaul the 2 chiefs assisted with command.

Tuesday June 1st the Warren County Communications Center received calls for a fire on the roof of 118 Main Street in Hackettstown. First arriving units had smoke and fire coming from the roof and second floor of a 2-story wood frame business and requested a second alarm. The first in engine stretched a line to the second floor and started knocking down the fire, Budd Lake’s Ladder 58 set up in the front and laddered the roof and assisted with opening up the roof. Other crews started arriving and laid supply lines and assisted with venting and overhauling. The fire was under control within an hour and crews remained on scene for investigation. There were no injuries and the fire is under investigation by the Warren County Fire Marshal’s, Mount Olive Fire Marshal’s Office and the Hackettstown Police.